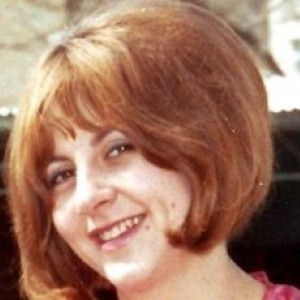 In memory of Fran

Frances Edna Matthews was born on February 25th, 1941, in Melbourne. She was educated in Melbourne and, after gaining a Science degree from Melbourne University, worked as a microbiologist in Australia and the UK. From her earliest childhood, Fran battled the effects of rheumatoid arthritis that increasingly crippled her. She never married.
Fran died in Adelaide on June 5th, 2014 at the age of 73. May an answer be found for the disease that dominated and distorted her life.